It’s been a week since I arrived in France. 7 days, 168 hours or 10,080 minutes. That week feels a year long when I think back to the first day I arrived, but also seems to have passed by in the blink of an eye.

The journey here was a long one. First I flew Dublin to Paris, my first time flying alone. The first thing in a long list of new things I thought to myself as I checked for the millionth time that I hadn’t lost my passport yet. The flight itself felt short, it only took about an hour and fifteen minutes. When I arrived in Paris I was joined by two other Irish girls and an Irish boy as we walked through the airport. We were easily distinguishable to each other with our terrified and confused expressions and our huge suitcases we were attempting to drag along with us.

Boarding the train with two suitcases of 25kg was a challenging task, in addition to that trying to drag them down an aisle about a half a meter width at most was even harder.

The journey passed quickly and it felt like it had been no time at all when we pulled up in the station, until this point the entire situation felt surreal but now reality hit.

On the platform we were met by our host families, the mum of my family was there to meet me. I was feeling very on edge at this point but after chatting for a few minutes I felt a lot better. There was no awkwardness at all, she was warm and friendly telling me about the school I would be attending and about her family as well as asking me questions about me and my family.

When we arrived at the house, in a village called Eyragues about 25 minutes outside Avignon, I met the rest of the family: Marie, 11, Arnaud, 10 and Ugo 15. They left me to unpack after showing me around the house. After eating it was straight to bed as I was exhausted after a long day.

Over the weekend I spent the majority of the time settling in with the family and getting to know them better. I also started getting organised for school on Monday. The family were great at making me feel comfortable but also leaving me to settle in and have my own space so that I wouldn’t feel at all uncomfortable.

The first day of school was hard, trying to find my way around an enormous school, decipher the timetable that looked like an unbreakable code, understand teachers and make friends could only be described as a challenge.

I was definitely exhausted every day after school (and during school too, to be honest). But it was worth it because I found every day a little bit easier to understand what was going on around me.

I know that it takes time to make friends and I won’t have the same relationship with them as I have with my Irish friends who I have known for years but as the week passed my confidence grew a little to talk more to new people and I realized I have nothing to lose so I might as well just be as friendly and chatty as I can! 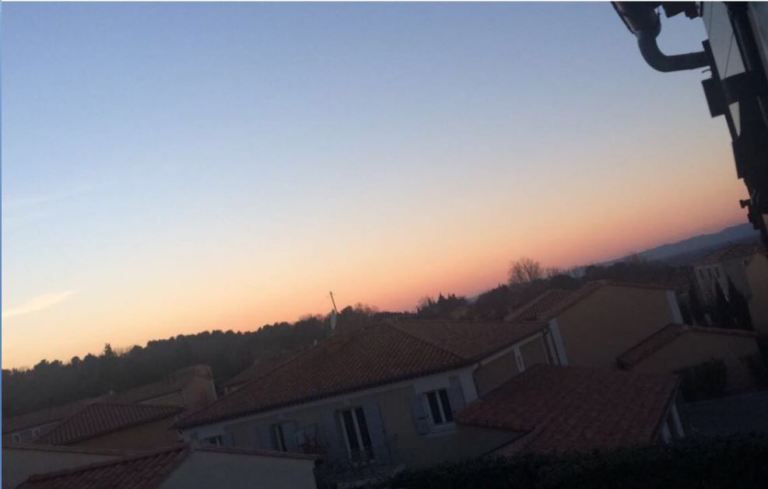 My first week in France was definitely a success! I won’t deny that I miss my family and friends but I’m too excited about the next five months to dwell on that for too long!